Prostate cancer kills thousands of American men every year… many of them seniors.

In fact, this disease is so prolific that a new case is diagnosed every three minutes.

And that’s why you’re doing everything you can to make sure you’re not the next victim.

But according to a new study, having a certain condition makes you 5 times more likely to develop prostate cancer.

Fortunately, there are steps you can take to lower your risk.

That’s the best word I can think of to describe inflammatory bowel disease (IBD). It’s characterized by symptoms like diarrhea, bloating, and cramps.

But this isn’t just your run-of-the-mill stomach ache. Flare ups can be severe enough to send you to the hospital and make you miss out on life for weeks on end.

Now there’s another side effect IBD sufferers need to be aware of.

It dramatically increases your risk of developing prostate cancer.

It’s not unusual for IBS sufferers to have an elevated PSA. This is the same marker that can be an indication of prostate cancer.

This is likely due to the high levels of inflammation associated with the disease. But whatever the cause, the high PSA levels are so common in inflammatory bowel diseases like Crohn’s disease and irritable bowel syndrome that doctors tend to just ignore them.

And that could be a HUGE mistake.

Because according to a recent study, men with inflammatory bowel disease are more than 5-times more likely to develop prostate cancer.

There are a few potential reasons for the increased risk.

As the name implies, inflammatory bowel diseases overload the body with inflammation – which is known to increase cancer risk.

But the drugs used to treat it could be the REAL problem.

The problem is that by suppressing the immune system, you’re also hindering the only protection your body has against cancer cells!

This study tells us a few things.

First, if your PSA level is high, don’t ignore it.

Second, if you’re dealing with IBD, talk to your doctor about alternatives that don’t involve taking away your body’s first line of defense.

And at the top of last list is CBD oil… aka, medical marijuana.

One study showed that when people with moderately severe Crohn’s disease took cannabis oil, they went into remission!

Cannabis is legal in most states now. Talk to your doctor to see if it could be an option for you.. 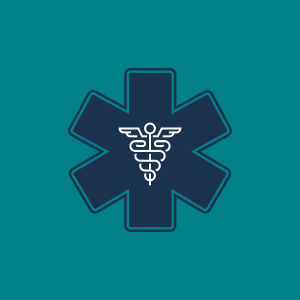 I can’t think of a single good thing about opioids. They leave millions heavily addicted and dependent. And that’s why there is no reason why doctors should continue to prescribe a drug that they KNOW is so dangerous. But if you thought the risk of addiction was the worst thing about these drugs, think again....

Alzheimer’s isn’t curable. But the earlier you catch it, the better your chances of slowing down the disease. The problem is that once most people are diagnosed, the disease is already pretty far along. Thankfully, there’s good news. A new study has just identified the earliest sign of Alzheimer’s. And an earlier diagnosis means earlier—and...

When it comes to diseases women are afraid of getting, breast cancer is up there at the top of the list. And the treatment is just as scary as the disease itself. The scorching radiation… sickening chemo… and life-changing surgeries can WRECK your life. Even worse? They don’t always work. But you can lower your...

Smoker? Former Smoker? You MUST Read This (SHOCKING)

It’s no secret that smoking can wreak havoc on your lungs. The one habit can lead to breathing issues… chronic lung disease… and even cancer But whether you’ve smoked one cigarette a day or an entire pack—and even if you quit years ago— there’s a way to REVERSE the damage it’s caused. In fact, a...

When it comes to your heart health, it can be hard to know what to believe these days. Dietary advice that is in vogue one day is cast aside the next. But I don’t believe in fad diets or following the advice of major corporations that are on the payroll of various Big Food industries....

[Discovered!] The REAL Cause of Type 2 Diabetes

Despite all of the mainstream’s drugs and dietary advice, the number of people with type 2 diabetes keeps increasing. That’s because most conventional treatments are only providing band-aid solutions. I don’t want to patch problems—I want to make them disappear. And when it comes to type 2 diabetes, scientists have made a shocking discovery that...

While some types of cancer are on the decline, liver cancer rates have TRIPLED in the past 40 years. It’s estimated that last year alone, over 42,000 people were diagnosed with cancer that starts in the liver… and over 31,000 of those individuals died. Those aren’t good odds. The key to reversing this trend is...

As you get older, there’s probably one thing you worry about the most: your brain. Because if it gets damaged… you can lose your memories… and your independence. The mainstream is CLUELESS when it comes to protecting this organ. But you don’t have to be. Because there’s a wonder drink that shields your brain. And...

It’s a common sickness that impacts millions of American’s every year… and many of them are seniors. And other than making you miserable for a few days, most folks are no worse for wear. But that all could be about to change. Because this seemingly harmless bacterial infection is threatening to become next on a...