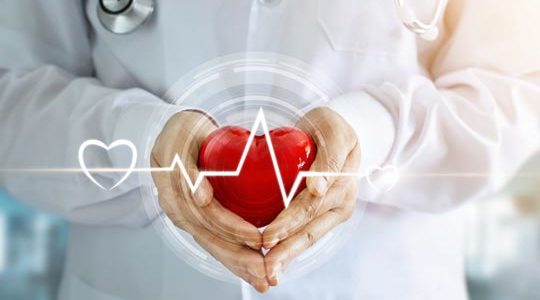 THIS Nutrient STOPS Heart Disease at Its Source

They help protect your brain, improve eye health, fight inflammation – and they are GREAT at protecting your heart.

But these healthy fats have a little-known, often-overlooked cousin that deserves its time in the spotlight…

Especially now that research shows this powerful nutrient can prevent the root cause of heart disease.

Science has already revealed that these unsaturated fats promote immune health and blood clotting. They also help regulate your genes.

Now, according to the latest research, they can also help stave off heart disease.

A recent study examined that impact of omega-6s on your arteries. This is important because when your arteries become stiff and narrow – a condition called atherosclerosis – it drastically increases your risk of having a heart attack or stroke.

In fact, according to some estimates, hard arteries are responsible for one out of every three deaths.

Could omega-6s help combat this killer?

When the researchers studied a specific type of omega-6 called DGLA on mice with atherosclerosis, they found that the omega-6s impacted several stages in the development of atherosclerosis.

The point is that this study not only shows that omega-6s prevent and treat atherosclerosis – but how they do it.

But you can leave the how part to me, and just focus on the fact that adding more omega-6-rich foods is yet another weapon in your heart-protecting arsenal.

And with foods like salmon, walnuts, and eggs, you’ll be getting even more bang for your buck since they’re great sources of omega-3s as well.

For decades, the average life expectancy in the US steadily increased. Around the mid-1900s, you were lucky if you reached 70. Today, the average is up over 80. But what good is living longer if you’re sick, tired, and in pain? Now, researchers have identified 5 keys to living an extra decade without cancer, heart...

Osteoarthritis is a pain in every sense of the word. Besides the pain in your joints, it’s a pain in general to have to deal with pain and stiffness when getting out of bed in the morning. It’s a pain not to be able to walk to the bathroom without pain. It’s a pain to...

If you want to BE healthy, you have to LIVE healthy. But if you’re like most people, you aren’t willing to overhaul your entire diet – and you certainly aren’t prepared never to eat pizza again. I don’t blame you. Fortunately, you don’t have to. In fact, making just ONE simple change to your diet...

Ah, the elusive Fountain of Youth. If it existed, you wouldn’t just drink a cup of it… you’d dive right in and swim around in it. Well, the fountain itself might not exist, but nature has the next best thing. It’s a drink that lowers your risk of having a fatal heart attack—and can help...

For most of the history of the world, humans ate actual food. Meat came from animals that lived in the wild. Vegetables came from the backyard garden. Berries were picked in the wild in season. You get the picture. But just in the past 100 years or so, our food has been hijacked. And even...

Stressed Out? Try These 4 Tricks

If one of your New Year’s resolutions was to reduce the amount of stress in your life, you’re in good company. There are all kinds of reasons to cut stress out of your life –it can lead to chronic fatigue, headaches, stomach problems, anger, and other health issues. And there are all kinds of ways...

NEVER Exercise for Weight Loss?! (Do It for THIS Reason Instead)

Earlier in the week, I told you about a benefit of exercise that has nothing to do with fitness or weight loss: It can help boost brain volume and decrease the risk of cognitive decline. Those are great reasons to get off the couch and get moving in this new year. But if you need...

Let’s be honest. When most people hear about a cure for diabetes, they think, “yeah right.” So I don’t blame you if you think that it’s a far-fetched possiblibilty… especially one that claims to work in just six hours. But for the men who were able to stop taking their insulin, they went from skeptics...

Postmenopausal? You NEED This Nutrient

If you’ve gone through menopause, chances are your doctor has told you that you’re at a higher risk of coronary heart disease and sudden cardiac death. And he’s probably even used these facts to scare you into taking statins or a daily dose of aspirin. But you don’t need to take Big Pharma’s overpriced, side-effect-laden,...

Do THIS to Make Your Brain Bigger (Amazing!)

Alzheimer’s disease is predicted to become a full-blown epidemic by 2050. But you don’t have to be diagnosed with dementia to experience the everyday impact of an aging brain… Like forgetting why you walked into a room or having trouble finding the exact word you want to use. But it doesn’t have to be that...